Social studies have shown that for the most part, people are not good “intuitive psychologists”, and our social judgments are not accurate. There is a Russian proverb “you should not judge people by yourself”. When introducing a product to the market, just do not rely only on your feelings. In order to create a more objective assessment, it will not be superfluous to inquire about the opinions of other people.

For example, studies show that smokers and people who drink a lot of alcohol tend to overstate the estimated number of people who share their bad habits. “Projection” is one of the reasons for the distortion of judgment, the idea is that people project their own views and beliefs on others.

There is also a distortion under informational social influences, now it is not rare to see how modern media distort the opinion of other countries. Such distortions can lead to misunderstanding of users if the company starts in a remote market.

* The definition of the “Effect of false consent” was determined by a group of psychologists (Ross, Green and House) in 1977, during the study they demonstrated a tendency for people to overestimate the popularity of their own beliefs. And the actors participating in the experiments, expressing a “different” point of view, were often perceived aggressively or considered to be a little abnormal. 10 years after Ross’s publications, more than 50 works confirming the theory of false consensus were published.

What to do and where to look for the truth?
One of the most popular methods is to create a focus group, social can be useful. Polls, trial runs with groups compiled as close as possible to your target audience.

Mistakes are a necessary and inevitable part of any growth process, the ability to find them in time is the most important skill! 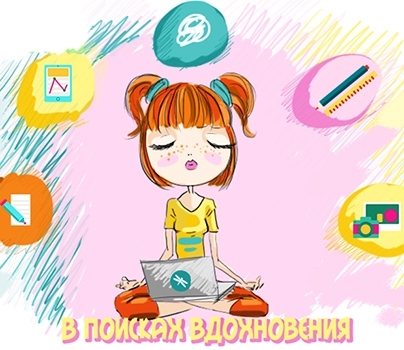 How to Find Inspiration
01.03.2014 Notes of the weary scriptwriter
This website uses cookies to ensure you get the best experience on our website. By continuing to browse, you consent to our use of cookies. Learn more
GOT IT