An advertising character is a visual representation of a brand, its special item used to attribute it with personality traits. It is a fictional character, who leaves the advertising space and becomes independent. A classic example is Saint Nicholas’s character created by Haddon Sandblom for Coca-Cola in 1931(world famous Santa Claus now). It has stepped out of its marketing goals.
Usage of advertising characters is based on historical background- people enjoy having totems and mascots. It either suggests your buying something or buys itself, communicating with target auditory or other characters. An advertising character’s personality consists of distinguishing features. A title character should be simple, picturesque, with clear-cut gender, age and so on.

Requirements for an advertising character are:
A metaphor – a marketing icon should reflect peculiarities of a product and be its symbolic personification.
Correspondence or analogy with functional or psychological advantages, which a tradename promises to a customer (an advertising character should convey an idea of a unique selling proposition).

It should color the attitude to a product or a brand, make it a personality to stand out from the competitors.
Brand identity and singularity (the only exception is a purpose of joining the image of another brand, e.g., Energizer and Duracell bunnies)
Psychological identification. In this case advertising experts should do their best to make an auditory share the enjoyment of the acquired product.

Motion Graphics as a Way of Communication: Why Does It Work?
18.01.2017 Psychology of advertising 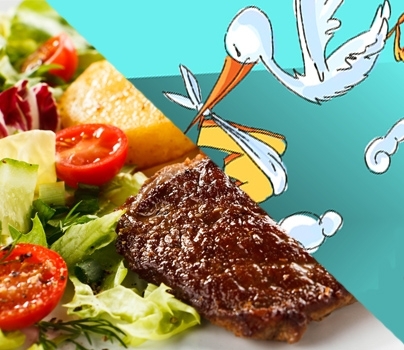 Live Action Video vs Animated Motion Graphics
24.03.2015 Opinion
This website uses cookies to ensure you get the best experience on our website. By continuing to browse, you consent to our use of cookies. Learn more
GOT IT